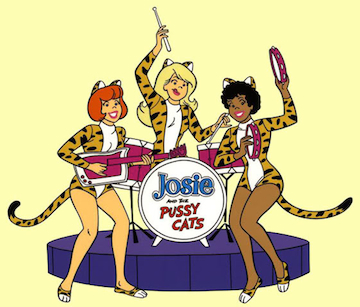 Below you will find the video intro for the Josie and the Pussycats cartoon from the 1970's on Youtube.

Along with Cathy Dougher, who plays Josie and "Charlie's Angel" Cheryl Ladd who plays Melody, Motown artist, Patrice Holloway is the musical voice for the cartoon character "Valarie".

Here is the Josie & the Pussycats opening theme song: 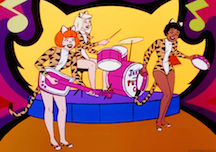 The live action Josie and the Pussycats movie:

back to my Hanna Barbera page

back to my home page

All Characters & images are © and ™ of their respective companies and are used for entertainment and historical purposes only.

Please email me before you decide to steal any of these pictures. They took a long time to scan.